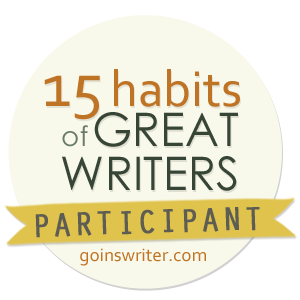 When Jeff set his de-cluttering challenge a couple of days ago, I decided to combine it with the one suggesting we submit a guest post to a blog we haven’t written for before.

I saw that the blogger GodandPolitics had tweeted about a TV programme looking at whether Social Networking has changed our morality, and thought to myself, “Self, you’ve got a post that would work well for that, with a little tweaking.”

The post in question was this one, written last week about 2 children whose humble fundraising attempts were massively helped by the power of twitter.

I knew when I wrote it that it wasn’t the best I could do. It took me 673 words just to set the scene, then I was trying to work out what I actually wanted to say about it, but I was sitting at my parents’ house with the TV on and Dad occasionally talking to me, and it rambled and fluffed its way along until eventually I gave up, cut the analysis and finished it off with a rushed, 35-word concluding thought. (The story was time-sensitive, so I just wanted to get something up there while it was a live topic.)

For GodandPolitics, though, I now had a proper point, a question to answer, a filter through which to see the question. But 673 words of introduction was far too many if I wanted to get to the analysis before my audience dozed off, clicked away to some other site, or got to their bus stop and had to put the smartphone away and concentrate on not walking into things.

I managed to cut out over 150 words, then added 244 words of analysis (into which the Ku Klux Klan, unexpectedly, slipped), resulting in this version. It’s sharper, it’s pithier, and it’s got a point, and it might just be provocative enough to qualify for yesterday’s challenge?

What do you think? Is there anything else you would have cut? I’d have liked it to be less than 700 words really (it’s 764), but felt I trimmed back the story to it bare bones as it was. Feedback gratefully accepted!

Catching Up
March 15th
4 Comments On This Topic