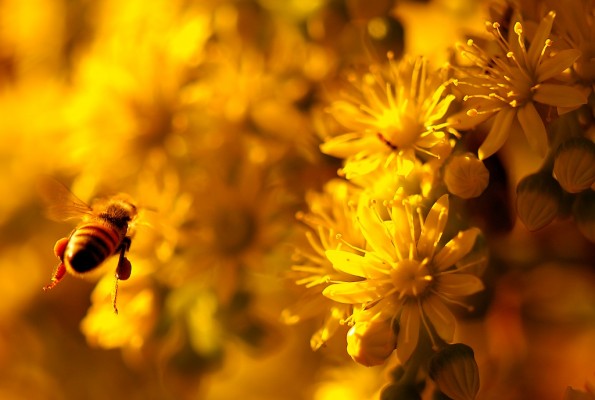 When he was about six, my brother developed a sudden pathological fear of the colour yellow – or at least of yellow clothing. He refused point blank to wear the T-shirt which had, until then, been a firm favourite.

It turned out that he had been learning about life cycles in school. He had discovered the reason why the centre of flowers are bright yellow: to attract bees and begin the pollination process. He was afraid the bees would mistake him for a flower and – more importantly – on discovering their error, would sting him in annoyance. No amount of reasoning would persuade him that this wouldn’t happen, and I don’t think I’ve seen him wear yellow since.

One of the marvels of our world is how beautiful it is, even in its most functional moments. The vibrant colours that flowers and birds display, which enable them to reproduce, and the intricate markings on reptiles and insects, which help them evade capture, are truly lovely – and fascinating in their infinite variety. What I find even more amazing, though, is the beauty that serves no function at all.

There is no scientific reason as to why we all want to stop the car and whip out the camera when we see a stunning sunset or breathtaking waterfall. A carpet of bluebells in a shady wood and a snow-capped mountain peak are almost universally captivating, but there is no evolutionary explanation as to why human beings should enjoy their appearance.

The fact remains, though, that we find ourselves drawn to beauty and never seem to tire of it. No matter how many times you gaze at the night sky or snorkel in a turquoise ocean, the stars and the fish never lose their wonder and mystery.

These things are far from useless, though. They serve a vital function for us – they are signposts to transcendence. They make our hearts believe – or hope – that there’s something out there, something bigger than ourselves and our utilitarian processes, something that enjoys good things for their own sakes: someone who creates beauty simply for our enjoyment.

The Bible’s explanation is that this beauty is created by God, to direct our attention to him. “The heavens declare the glory of God,” it says, “the skies proclaim the work of his hands.” (Psalm 19:1) Anyone who truly ponders the purposes of the things he or she sees in creation would find that they point to God.

“Ever since the world was created, people have seen the earth and sky. Through everything God made, they can clearly see his invisible qualities—his eternal power and divine nature. So they have no excuse for not knowing God.” (Romans 1:20, NLT)

Why did God make the world so beautiful? To demonstrate that he is a God who wants to attract you, rather than forcing you to follow him. He’s not a tyrant seeking slaves, but an artist seeking lovers.